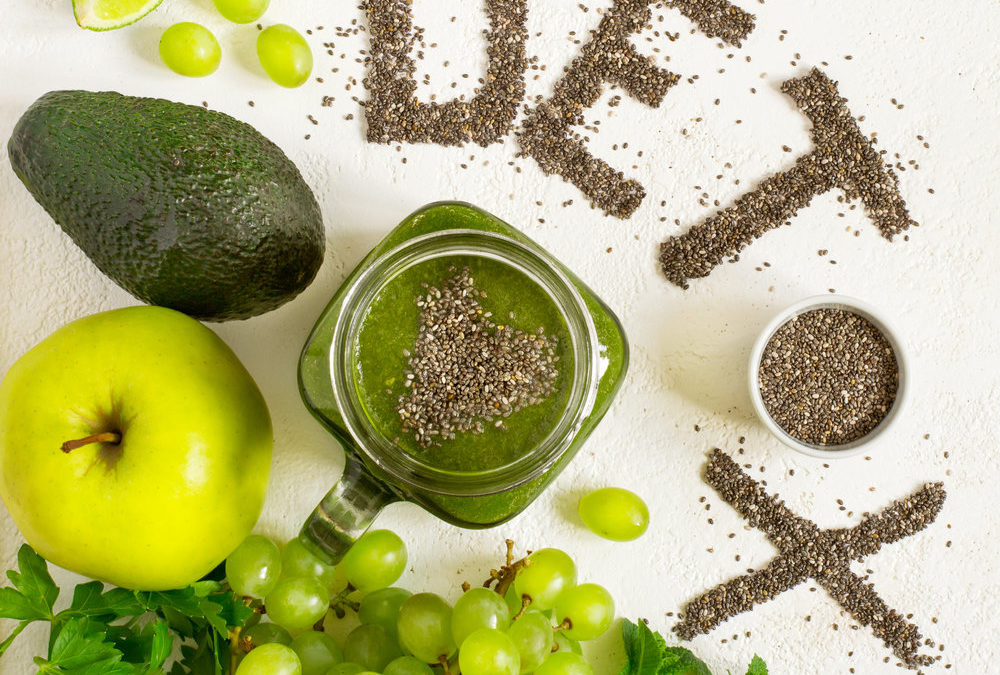 Every Spring (and some Autumns) I write a post about detoxing. You can read last year’s post on my blog.
As a student and teacher of Ayurveda, I have a lot of experience with seasonal cleanses and detoxes. Ayurveda generally recommends a cleanse/detox/reset twice a year – during the juncture of winter and spring, and again as summer turns to fall. There are many reasons to cleanse once or twice a year and there are equally as many ways to go about it.
Why do we cleanse at seasonal junctures? Let’s illustrate this by looking at how we feel at the end of winter. We have likely been eating heavier foods for a few months, a natural phenomena in winter. Maybe we’ve been exercising less due to lack of outdoor time. Maybe we’ve put on a few pounds. We could have gotten sick once or several times during the winter. We might feel tired and a little sluggish. We’re ready to throw off the heaviness of winter. As we head into spring, it’s time to lighten up our diet. In days of old, this happened naturally; our winter stores of food were running out and the greens of spring were yet to burst through the ground. We don’t have that natural feast/famine cycle anymore. We have all the feasting, but we have to consciously bring in the famine part – the cleanse. (Please don’t be panicked by the word famine.) A seasonal detox does not have to mean starving. We need to give our digestion a break, to rev up our Agni, or digestive fire. We need to replenish our Ojas, which is related to our immune system – especially if we’ve been sick.
Just as there is no one-size-fits-all diet, there is no single detox that works for everyone. The traditional Ayurvedic detox is a kitchari monodiet, which is great for those with depleted immune systems, leaky guts and lethargy. It’s good for vata types, in general. But, it may not be the best for those with a sluggish digestion or those who have difficulty digesting beans or grains. A juice fast is great for a kapha type or someone who wants to lose weight, but might be too extreme for someone who is under stress or feeling depleted. For some, just cutting out junk food and snacking is enough of a detox. And all this only covers the food aspect of detoxing. Detoxing can and should involve rest, downtime, connecting with nature or spirit, detoxing our space and relationships as well. My post from last year goes more into the non-food aspects of a cleanse.
As my spring detox rolled around this year, I had to admit to myself, that I really hadn’t done a true detox since the spring of 2016. I did the Master Cleanse that year and although it was a good cleanse, I got horribly sick afterwards. According to my Ayurveda teacher, I was so full of toxins, that the sickness was necessary.  Shortly after that cleanse, my father died. That fall I moved across country and just never got around to a fall cleanse. There was just too much upheaval in my life. I planned a better cleanse for the spring of 2017, once I was settled in my new home. Sometimes, the best laid plans don’t happen though. In early 2017, my daughter’s father died. Now I was in double-grief. I don’t even remember if I tried to do a cleanse that spring. After that I did a couple of mini-cleanses, but was always left feeling unsatisfied, like I hadn’t really accomplished what I set out to do.  But by early 2019, my body was craving it. I knew I needed a big cleanse. So, I decided on a modified fast. Five days. It was tough, but great.
I had some bone broth, some green juice, a few fat bombs, some sprouts and a couple handfuls of nuts that week. I exercised normally. I went to work. I slept well. I lost 7 pounds. Sometimes I was hungry, sometimes not. Sometimes I was crabby, sometimes not. I went to hot yoga. I sweated. I smelled bad. The toxins were pouring out of me. I didn’t get to the fasting euphoria that I’ve felt on prior fasts, and I was ready to be done when I was done. And I was 100% satisfied with it.
And what’s come from it? I still feel lighter and more focused. My appetite continues to be smaller. I’m practicing intermittent fasting most days. I’m not craving sugar. My salt craving is returning, but that’s always been stronger than any sugar craving for me. I am now doing a 24 hour fast once a week. Sunday dinner until Monday dinner. I lift with my awesome trainer (Thanks John!) on Monday mornings and go to hot yoga on Monday evenings. This process actually turns Monday into one of my favorite days of the week!
If you haven’t tried a cleanse or detox (BTW, I use those words interchangeably), I encourage you to do so. I’d suggest an organized, group cleanse with an experienced leader if it’s your first time. There are plenty online and many local yoga studios and healthcare providers offer them. But, you can certainly do one on your own. Remember, there is no single way to do this. Let me know how it goes!