My subjects have been pretty serious lately. With good reason. There are a lot of serious things going on in the world and a lot of shifts happening. Things are scary. But the good in people is showing up too.
I’m going to lighten things up with a little humor this week. It doesn’t mean that I’m forgetting about all the big things, just giving my brain a little break.
As many of you know, I’ve been working on a memoir. It’s actually a serious work that is both therapeutic and cathartic for me. It chronicles my 24 years in Colorado and all the wonderful and terrible things that happened during that time.
I’ve also been playing around with a lighter, satirical book. It’s about dating at mid-life and all the comedy that it brings. I thought I’d share a few excerpts.

Hummus Guy
“Kill me now,” I texted my bestie. Fuck. I knew I didn’t want to go on this date. We had had some lively texting, but I knew from the first phone call that it was going nowhere.
“What’s your favorite food?” he had asked. Ok, cool, I like a foodie, I thought. “A toss up between sushi and lobster,” I say, wondering if thats just so predictable. “You?”
“Hummus.”
“Seriously?”
“Yeah. I travel around to try the best hummus.”
Potential to be cool? Maybe.
“So, have you made/had some exotic hummuses? Edamame, sweet pea?”
“Huh?” Can you hear a blank stare?
Nope. Just chick pea. So much for thinking outside the box.  I was less enthused about the upcoming date.
Bestie encourages me to go. “People are different in different mediums. You found his texts engaging enough, that you were willing to go to a phone conversation, right? So give it a chance. Go in with no expectations.”
I go.
He shows up with a long-stemmed chocolate rose with a plastic stem, and proceeds to hit me in the boob with it. Awesome.
In the first 5 minutes, the words, church, christian and God are mentioned multiple times. Not by me.
He’s never done any drugs. (That’s two in a row. Whats that about? Is that a Wisconsin thing?)
So, I decide to fuck with him. Just to entertain myself. Seems like a better choice than slamming 3 or 4 glasses of wine.
He: “I’ve never done any drugs in my life.”
Me: “I’ve done all of them.”
He: Silence. Looks scandalized.
Me: “Well, not all of them. I’ve never done heroin or crystal meth. I’m not an idiot.”
He: “What drugs have you done?”
Me: “Oh, the usual. Pot, coke, acid, mushrooms, ecstasy.”
He: Still looking scandalized, changes the subject.
On Religion –
Me: “I’ve noticed you mentioned Christian and Christian values several times in our 30 minutes of conversation….”
He: “Well, I read your profile; you did say that you’re Christian, right?”
Me: “No.”
He: “You’re an atheist?” Why do Christians always think there are two choices – Christian and atheist?
Oh, the answers I could have given…
“I’m a Hindu Buddhist Jew.”
“No, but I’m spiritual as fuck.”
But I held my tongue.
We got into the what’s important to you in a relationship discussion.
I say – sense of humor, intellectual stimulation and sex.
He looks like he’s about to die. Cannot believe I said that. But it turns him on. He thinks I’m the most awesome woman he’s ever met.
I’m quite sure I am.
He says that he is mostly interested in the heart and the mind and that he can deal with mediocre/minimal sex. I say that I cannot.
I finish my wine, thank him and bolt.

There have been quite a few lame connections made. Some good ones too. I’ve made some very good friends through Bumble & Tinder. But online dating exhausts me like shopping at TJ Maxx. You’ve got to rifle through a bunch of crap to find a shirt that you like. And even if you like it on the rack, there’s no guarantee it’ll be good fit.
There was Dr. Sandwich, the dentist who always wanted to go to Subway and “walk around.” Sorry, but I prefer to sit down while I eat. There was the sweet widower who cried about his wife’s death in a motorcycle accident. I felt for him, but that’s no way to start a relationship. There was the sex therapist. I think he’s actually a good guy, but I couldn’t get past his profession. Most recently was the Repo Man. When I discovered that he misled me about his political leanings, I politely declined his invitation for a date. To which his response was to call me fat.
There were the red-flag guys. Guys who I actually liked, and thus chose to ignore the red flags waving right in my face. Surprisingly, the two I’m thinking of were both kind of deadbeat dads. Not in the traditional sense; I believe they financially supported their kids, but either weren’t raising their own kids at all, or put their own needs above their kids. So, I’ve logged that bit of data in my brain. Bad dad = Bad date.
The working title of the book is No Wonder You’re Single – Adventures in Dating at Midlife. And though I have plenty of funny dating stories, I don’t (and hopefully will never) have enough stories to fill a book. I’ve got some good stories from other single friends, both male and female, that will be included. If you’ve got a story, please reach out. The funnier and more awkward, the better. Names will all be changed.
Have a great week! Stay Strong, stay grounded. Laugh a bunch. 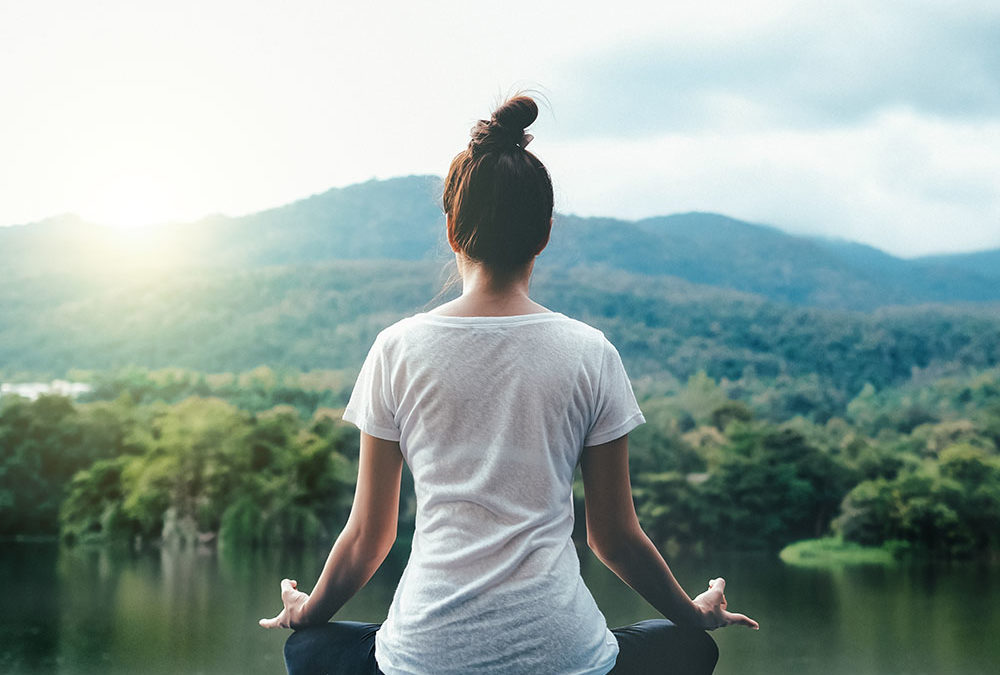 Not long ago, I didn’t like when people used the term “real yoga.”
With so many different styles of yoga today, who has the right to claim that their yoga is any more “real,” than anyone else’s?That’s what I reasoned. If I enjoy it and it makes me feel better, it’s real yoga. Right?
Well, no. I enjoy riding my horse and stand-up paddle boarding. They make me feel better. But, that doesn’t make them yoga.
I’ve changed my tune in the last few years. There are a lot of activities (read: exercise classes) out there, that call themselves yoga, but in fact, are exercise classes. A few poses with Sanskrit names, the mention of bandhas (which most students don’t understand and most teachers don’t know how to teach); throw in a few “love and light”s and voila! It’s yoga. Except it’s not.
I felt similarly when I first got into the wine business. In my attempt to not be a wine snob, I’d tell people, “If you like it, it’s good wine.” And similarly, that is not true. You can like Two Buck Chuck (probably five bucks now), all you want, but that does not make it a good wine. Truth be told, it’s a crappy wine. The grapes, purchased on the open market, are of poor quality, mechanically harvested and processed, produced in a huge facility that more closely resembles a factory than a winery. Very little care or experience goes into the making of cheap, bulk, commodified wines.
Sadly, we are now faced with a glut of expensive, bulk, commodified yoga. The western world has transformed yoga from a spiritual practice to a fitness regimen. Yoga franchises are pumping out new batches of yoga teachers up to four times a year or more, bestowing on them the certification (and responsibility) of teaching to others, something that many of them had little to no experience with, just a few months prior.
So, what are we to do?
First of all, we need to determine if we even want real yoga. Do you want a spiritual transformation? Or, do you want a good workout and to de-stress with some feel-good words? There’s nothing wrong if your answer is the latter. Nobody has to be interested in real yoga. There is plenty of fitness-feel-good yoga around and it’s not going away anytime soon.
The western world (the US mostly) has appropriated yoga to the point that it barely resembles the spiritual practice in India. As the US tends to do, we decided to “own” yoga. I know someone who spent 18 months living and studying yoga in an ashram in India. When she returned to the US, she could not get Yoga Alliance certified, because she didn’t learn from a YA accredited school, in – you guessed it – the US.
We’ve decided that 200 hours is the magical amount of time to make someone a yoga teacher. That amount of time is completely arbitrary and often, some of those hours are done online. We see yoga teacher trainers in their early 30s or even their 20s. They may be serious practitioners. They may be practicing “real” yoga, but they simply have not had enough time on the planet to be teaching others what they need to learn in order to be yoga teachers. I don’t know about you, but when I choose a teacher with whom to study deeply, I want that teacher to have been teaching for at least 20 or 30 years! I often mentor teacher trainees in yoga teacher trainings and I always tell them, that after they are done with the training they will be beginner yoga teachers. One becomes a yoga teacher through experience; through years and years of teaching. I have been practicing yoga for 17 years, teaching for 13. I have over 1,000 hours of training and over 2,500 hours of teaching. I do not consider myself and advanced yoga teacher. I would not consider myself qualified to be a lead teacher-trainer. Malcolm Gladwell said in his book, Outliers, that it takes 10,000 hours to become an expert at something. I tend to agree.
So, if you have determined that you do want to practice “real” yoga, what should you do? Here are some suggestions:
Sounds like a lot of work, huh? It is. Being a yogi, even a householder yogi (what we are – not ascetics), is hard work. That’s why I started this post saying that it’s not for everyone and that is ok. If you like going to a couple classes a week and that’s all you want, you can do that. But, if you really want to be a yogi, there’s a lot more to it. Luckily, there are a lot of great teachers out there teaching real yoga too, and lots of courses and immersions, both in person and online.
If you would like to be part of the conversation and learn more deeply, please reach out to me. I want to support anyone who wants to really deepen their practice of yoga. Maybe we can chat over a glass of good wine.