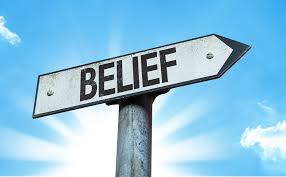 In the current climate of fake news, political discourse, he saids-she saids, what’s a healthy diet and what’s killing us, how much water do we need to drink, whether humans are designed to be omnivores or plant-eaters etc.,  the line between facts and opinions has blurred. And in some ways, that’s not a bad thing. We all have strong opinions about many subjects and that’s great. It’s great that we can express our opinions and that we can argue over them, whether on Facebook or at the holiday dinner table.

Where we go wrong though (and have been doing for millennia, BTW), is in expressing our opinions as fact. Wouldn’t it be a nicer world, if we all expressed our beliefs as what they actually are – our beliefs? I’ve been trying to do that. And it’s not easy for me, because I’m a confirmed know-it-all. But, I’m trying. When I catch myself expressing my opinion as fact, I try to back up and re-word. Instead of stating “x and y result in z,” I temper it. “In my experience x and y result in z.”

Imagine if religious and political leaders throughout history had done that? Imagine if early Christians said, “In my experience with Jesus, he is the son of God, but if you just think he’s a community organizer, that’s cool.” Imagine if vegans said, “I feel wonderful eating a plant-based diet, but if you feel better eating some animal flesh, please at least be sure to source it responsibly.” Imagine if Paleo dieters said, “Wow, look at Rich Roll. He’s a world class athlete, thriving on a vegan diet. Good for him.” Imagine if people could look at Colin Kaepernick and others who have taken a knee, and thought, “Gee, I’d never do that; I respect the flag too much, but I see that they are expressing their rights as Americans, and thank God we have those rights.”

I’ve been eating a ketogenic diet for about three weeks and it has been amazing for me. I have great energy and focus, my emotional eating has disappeared, I’m working out hard, I’ve lost seven pounds and I feel awesome. Needless to say, I’m sold. At Thanksgiving dinner, my mom was asking me about it, and I started telling her about how when we go into ketosis, our body burns ketones and fat, instead of the steady stream of glucose we burn, when we eat lots of carbs. I explained how this is how our bodies are meant to work and used the analogy of burning high-test fuel versus regular. I believe all this to be true. But, it popped into my head that many people don’t agree with this theory. Sure, there’s science to back it up, but there’s also science to back up it not being true. So, I ended with, “at least that’s been my experience.” Now, my mom wasn’t arguing or disagreeing with me at all. She was listening with interest. But, I felt like so much less of a pushy know-it-all, by ending my story that way. I’m sure she didn’t even notice.

So, I’m practicing not expressing my beliefs as fact. It’s not easy. But, it makes me a little softer, a little gentler. Imagine if the whole world tried it.